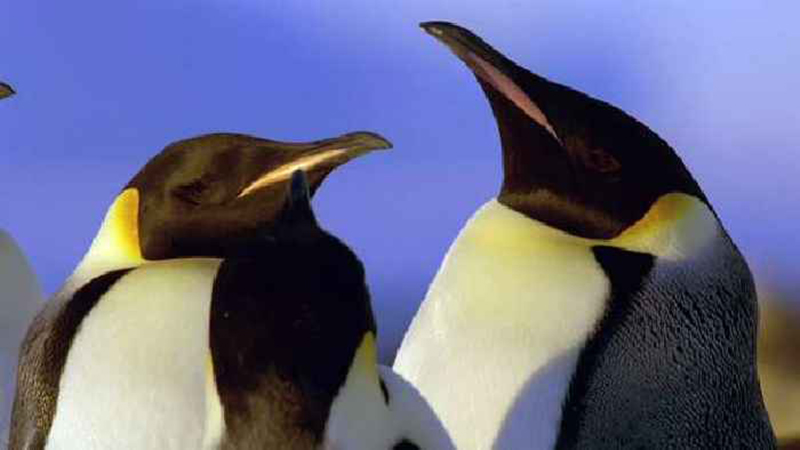 Lessons in LEADERSHIP from Jürgen Klopp

Richard Hutch does not work for, consult, own shares in or receive funding from any company or organisation that would benefit from this article, and has disclosed no relevant affiliations beyond their academic appointment. We all have heard it said that sport is like religion. Such regular and repeated experiences lift athletes and fans alike beyond everyday concerns. Clearly, most team sports elicit a sanctity between the players and their fans. However, there is more to connect sport and religion than transcending daily life.

If we focus less on team sports and more on sport as an individual challenge, personal faith appears on the horizon. Sport is a call to spiritual adventure. Thousands of the faithful will flock to the Australian leg of the Moto Grand Prix on Phillip Island tomorrow, for three days of high-octane racing. Yet the fans will gather to cheer on their favourites and watch some world-class racing. Motorbike riders, like the sprinter and the cross-country runner, the lone mountain climber and the hang glider, are individual athletes. They are not caught up in the collective excitement of team sports that mimic the pomp and ceremony of high religious rites.

The individual faces the possibility of success or failure alone, usually deep within the self. Will I increase my personal best time, runners may ask. If I eventually make it to the top of the mountain, will I be able to return to base camp safely, a climber wonders. In effect, an athlete puts his or her life on the line, at least as a rehearsal of victory and personal renewal and its polar opposite, namely, physical and emotional failure. These represent variations on the all-encompassing theme of human existence writ large: to live and be reborn whilst hurtling inexorably toward death. At these moments, the past only contains the last few curves, the future exists just as far ahead as I can see, and the present consists of me, the motorcycle and the road.

Sometimes sportspeople confront death in a literal sense. BASE jumper Omer Mei-Dan leaps from fixed structures like tall buildings, with only seconds to safely open his parachute. He said in an interview with the Jewish Telegraphic Agency,. Life is too coherent for it to be chance. It cannot be, for vocation and career are not synonymous. One can occur without the other or long after the other. Vocation is the disposition, where your faculties are ordered. It has to do with your sense of identity; career is the impact of your vocation on your life, and on the world around you. A person may have a supreme vocation and no career at all.

Gerard Manley Hopkins is an example of that. Emily Dickinson is another. Neither one published in their own lifetime; yet their work is as good as any. Neither Gerard nor Emily struggled with career; they ignored it; Emily more than Gerard. Indeed, he sees the Vision Quest as the basis of all vocational callings. In the vision quest the seeker goes out into the wilderness, disconnecting his ego supports from the tribe, and this is what makes him vulnerable. This vulnerability exposes him to the unconscious, the collective unconscious and there the great Animal Presences make themselves known….

We evolved from the previous Animal forms. Everson recognizes how Jesus did exactly that. Everson believes that Christ followed the archetype of the vision quest which is patterned by shamanism. There is a kind of violence in the separation of a leader from the crowd as there is for the vision seeker in a vision quest. Everson shows how the underlying pattern of vocation in America is the vision quest.

It is the prime mover of vocations. There is pain involved in being a leader. What is it that makes the bond with the Master so deep, so emotional; so deeply painful? When we fall in love, we surrender to it—to the mystery of it—the mystery of the unconscious, the mystery of the shadow. The pain is the shadow side of the archetype…. As long as there is no pain, there is no real progression. Everson compares East and West around the subject of vocation and he feels that the archetype of vocation hold greater primacy in the West than in the East.

The West he sees as more activist and the East as more contemplative. Here is how he puts it. I think vocation is to us what the mandala is to them. In reflecting with Steven Herrmann and William Everson on the archetype of vocation we can summarize our findings in this way: A true vocation is always a call from the Sacred a secular culture destroys vocation and crushes the young because it has no authentic rites of passage calling them into their vocation. A leader is called to humility because he or she knows that they did not invent their position of power but are called to employ it for the common good. The call is a deep call, bridging the worlds of the conscious and the unconscious but also of the deep personal identity and the needs of the entire species.

This call evokes joy and it evokes pain. It brings about breakthrough or conversion or metanoia. Thus it includes violence or wildness. It is not for sissies. It requires surrender and with it courage, maturity, magnanimity and generous individuation. It also requires sacrifice and solitude and leaving the masses at times. It calls on the strength and wisdom of the ancestors as well for it operates as a cyclical, not a linear, process. It requires spiritual practices of course and among these vision quests and associations with animal powers are among the most ancient rites of passage to invoke. Leadership is itself a school, a deep way of learning the most important lessons of life including wisdom which always means embracing the feminine aspects of life.

It means balancing the yin and yang, the feminine and the masculine. It announces and proclaims therefore the Sacred Marriage of the two in practice as well as theory. Another way to consider the sacred dimension of the leadership archetype is to hold it up to healthy archetypes of the Sacred masculine. There is a kind of masculine energy to leadership whether we be male or female—but we must clean up our understanding of masculine if we are to become healthy and useful leaders.

I have gathered ten archetypes of the Sacred Masculine in a recent study called The Hidden Spirituality of Men: Ten Metaphors for Awakening the Sacred Masculine and I would like to apply those archetypes to the issue of leadership here in a basic and brief manner. Leadership invokes the archetype of the Blue Man who is about expansion the blue sky is expansive and also about compassion, healing and creativity. The Blue Man, who emerges from a blue pearl, also represents the violent aspect of becoming a leader. Just as the currents and sands of the ocean transform a defect in an oyster into a gem that we call a pearl, so too the stridency of leadership can morph us into authentic Blue Men. Leadership invokes the archetype of the spiritual warrior and in our day in particular of the Green Man who is the spiritual warrior working to defend Mother Earth from all that harms her.

Fear the future and sorrow the past do not deter the leader from standing fully in the present. In many ways, the leader, whether female or male, is playing out the healthy father archetype whose task is to guide, protect, and instruct but also to artfully construct wings of adventure and challenge for the young. Why are we doing what we are doing? Where are we going? Whom does it serve? How does our work bring joy to others? A leader is deeply creative and values imagination for how else can we anticipate or honor the future? A leader is bodily aware, takes care of his or her bodily health knowing that the hard work demanded of leaders requires a healthy body. A leader is sexually vital, not stuck in dualisms that pit spirit against sexuality, but one who integrates sexual passion and passion for life itself.

Another way to name Leadership as a Spiritual Practice is to recognize how authentic leadership follows the in-depth naming of our spiritual journeys that the creation spiritual tradition lays out for us. The linear time of performers and athletes are the folk heroes of the day. Such practices are the opposite of spirituality. They are the shadow of authentic leadership. They exercise profane careers, not sacred vocations. The first of the paths of creation spirituality is the Via Positiva, the way of delight, awe, wonder and joy.

What calls us from joy to joy? How do we assist others in their journey to wonder, awe and joy? How is our work affecting that result? Does our leadership reflect the truth of joy as a bottom line? If not, why not? Aquinas also taught that people are changed more by delight than by argument. Is our leadership that kind of leadership? What joy do we derive from our role as leaders? Can we nourish more deeply? Give it more time and space?

Ultimately, leadership is a joy because it is a tremendous opportunity to serve, to bring truth and compassion into the world. Aquinas says the proper objects of the heart are truth and justice. What is more joyful a vocation than that? The second path on our spiritual journeys is named the Via Negativa. This is the path of darkness and silence, of letting go and letting be, of grief and bottoming out. As Everson insisted pain is a necessary part of the archetype of vocation. Pain carries us deep. Grief does that too if we allow it to. Grief can open us up, stir things up, and bring the best out of us. If we fail to grieve we become bottled up and our creativity cannot flow properly.

Because the Via Negativa is also about silence, it is about letting go of all input and all projections. It is what we do when we meditate, however we choose to do so. A leader must find practices for letting go and letting be, for finding stillness and courting solitude. An emptying occurs in the Via Negativa. A deep power of listening emerges therefore. A leader who cannot listen is a crippled leader indeed. Deep listening is required of authentic leadership. A listening that encompasses both heart and head. The third path on the spiritual journey is the Via Creativa.

This is the path of imagination and creativity. We are made for creativity. This is, after all, what distinguishes us as a species. Anthropologists define our species as distinct from our near relatives as bi-peds that make things. We are makers. Only a leader who is creative and respectful of creativity, a hunter-gatherer of creativity so to speak—can truly lead. This is especially true today when so much in the world is new and requires new solutions.

New networks. New alliances. New ideas. New directions for energy needs and for global interaction. New work. New healing. Newly understood connections with our ancestors and past efforts to live fully and peacefully on the earth. Part of creativity is honoring the child, the puer or puella in oneself, being able to see the world newly, with freshness. There is no creativity without fantasy and play, as Jung observed. Playfulness, youthfulness, are essential modes for survival and surely for leadership today.